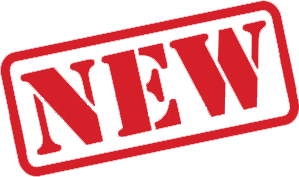 Available now on the Mac AppStore

Everything you need for your Network

Works on all Macs (including M1) running Big Sur.

This App is not a simple Catalyst App.

Everything you need in one App, fully integrated.

You no longer need individual Apps like iNET, Network Radar or command line tools. Now, everything is integrated in a single App and there is even much more, never seen before.

If you have questions, there is a Q & A section at the bottom of this website. 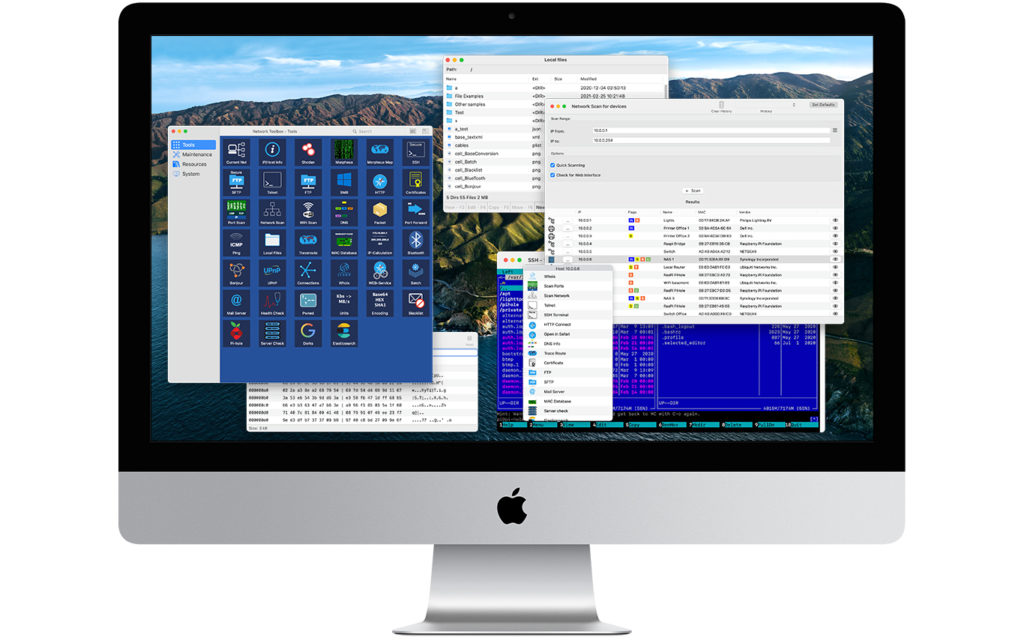 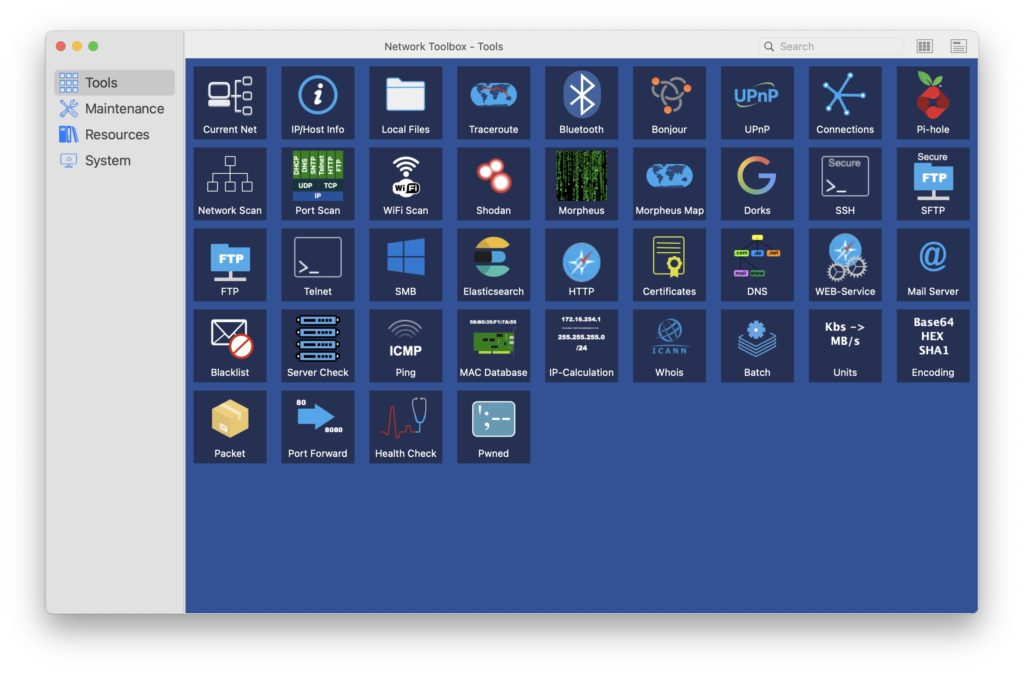 All tools you need

And much much more!

Maintain your devices and accounts.

Get information about your Mac like Memory usage, CPU type, OS information and even show Cookies stored on your device. 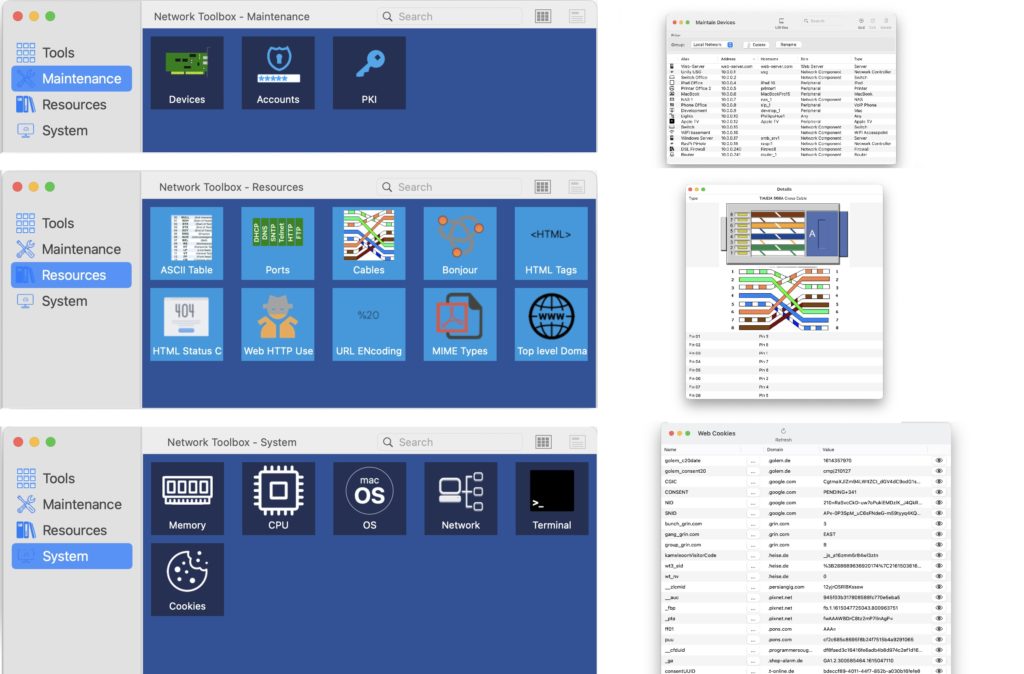 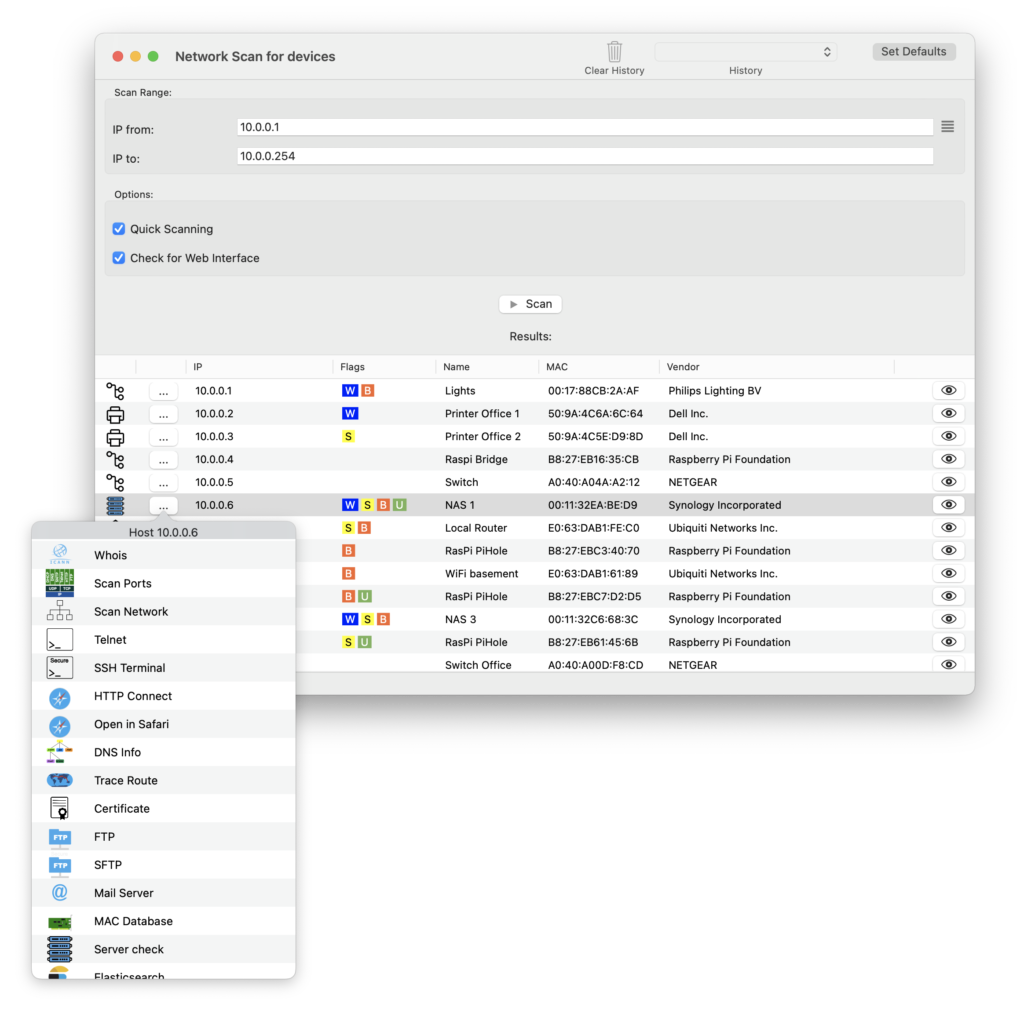 Results of each tool can directly be used to run additional another tools.

No need to remember or copy/paste addresses.

Regardles if on your local Hard-drive, via SMB (Windows Share), FTP or SFTP file browsing, up- and downloading is easy.

Integrated file-viewer even for JSON, XML, PList, HTML and HTML-Source, CSV / TSV or even Binary files as HEX. 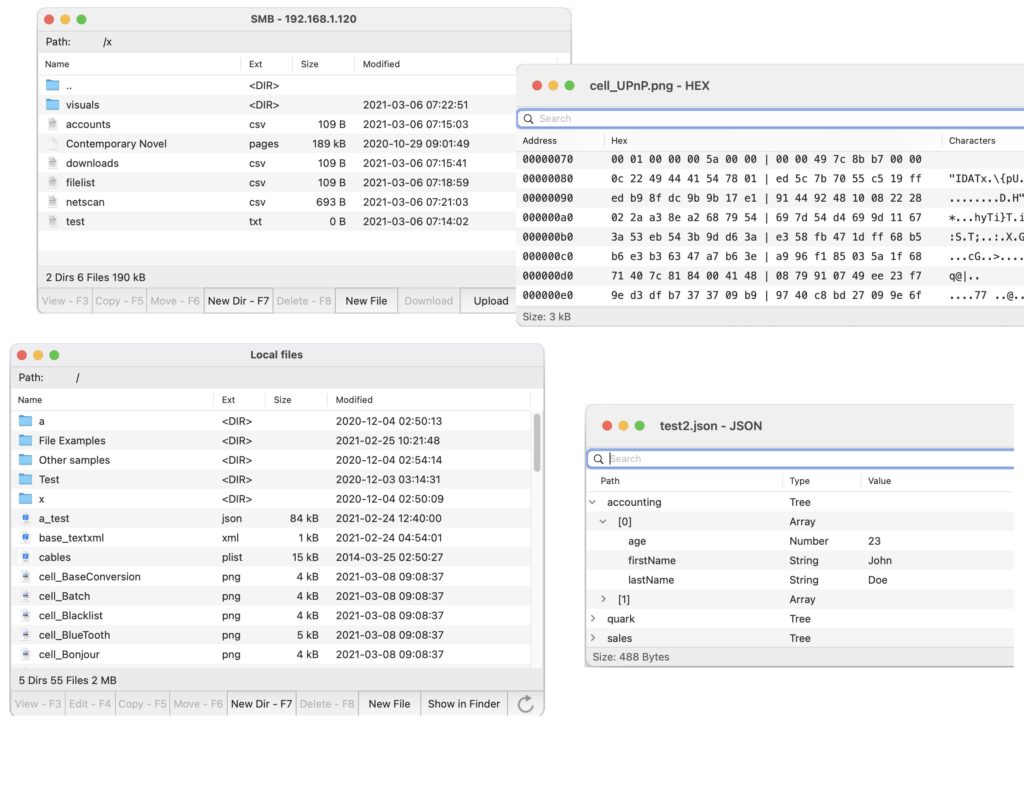 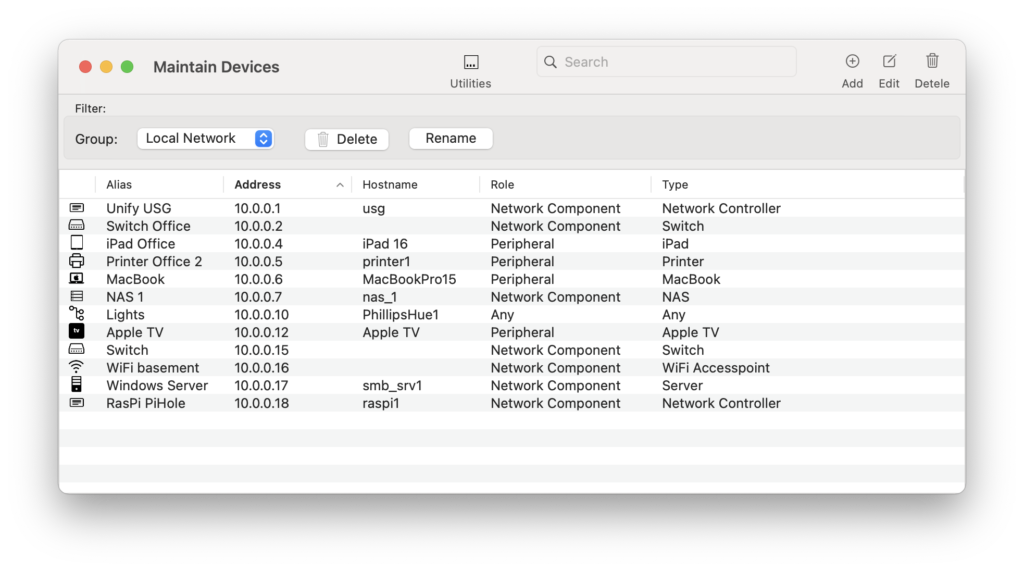 Maintain all your devices...

Just run a Network scan and feed the list to the integrated devices tool. Next add further information for each device. 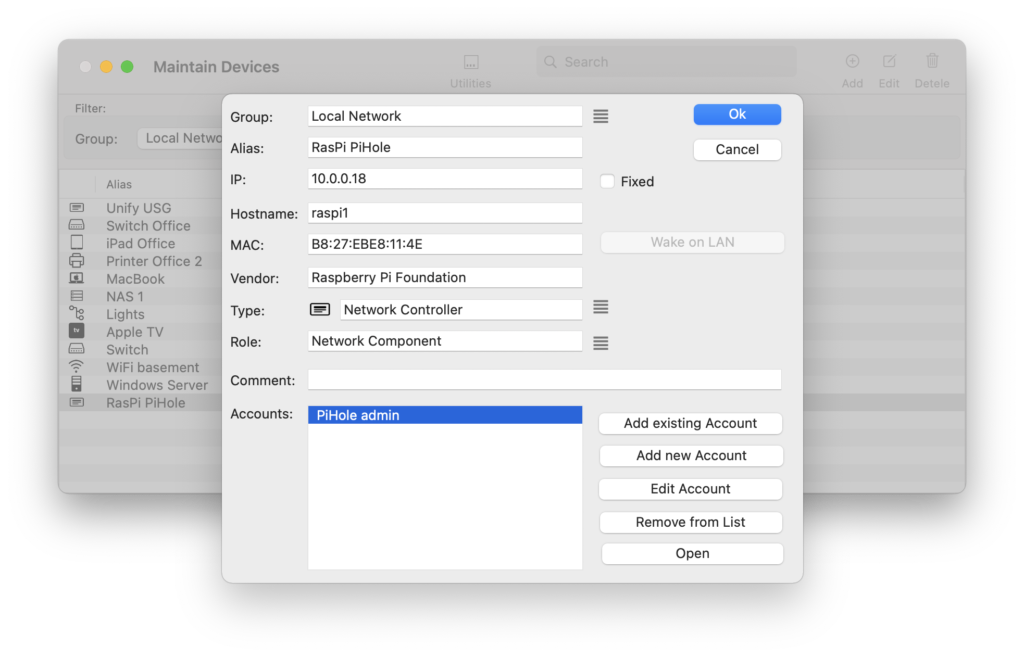 ... maintain your accounts too

For each device, you can maintain multiple accounts.

Once done, you can quickly use the integrated tools to open the admin page on a configuration website, SSH to your Raspberry Pi or Telnet to another server for example.

So telnet, SSH and even a local terminal session will be displayed as expected. 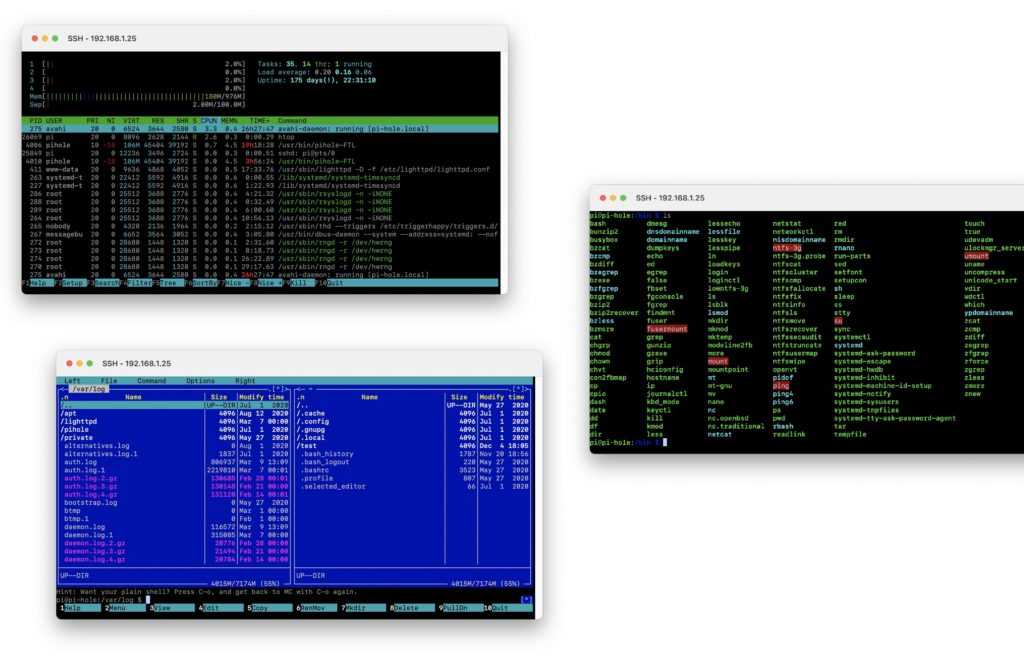 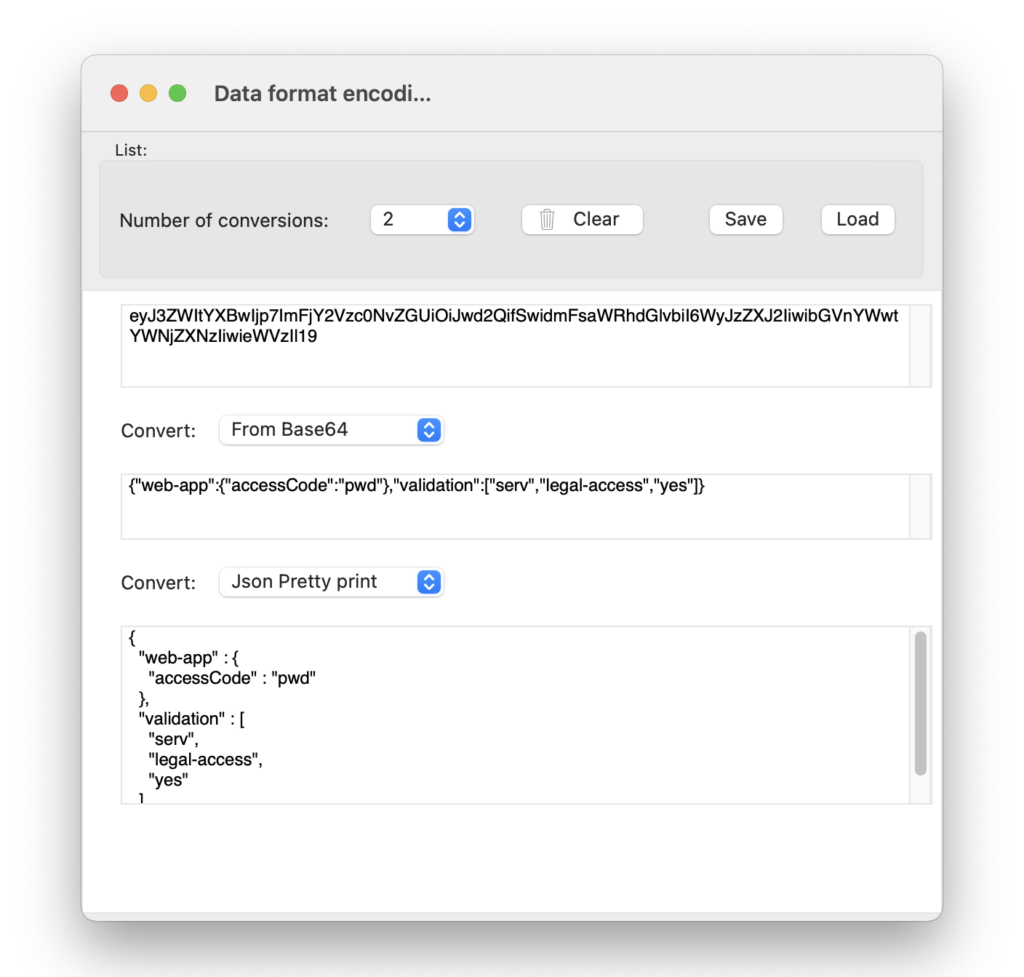 The data conversion tool can be used to encode and decode to and from various formats in up to five steps if you like.

A Unit conversion tool helps to convert between different units like MiB to MB and many others.

And there is more

And there are much more features and tools included which can not all be mentioned here.

And there is more to come. Like for the iOS App, this App will continuously improved and extended.

You can also have a look to the manual for the App here: 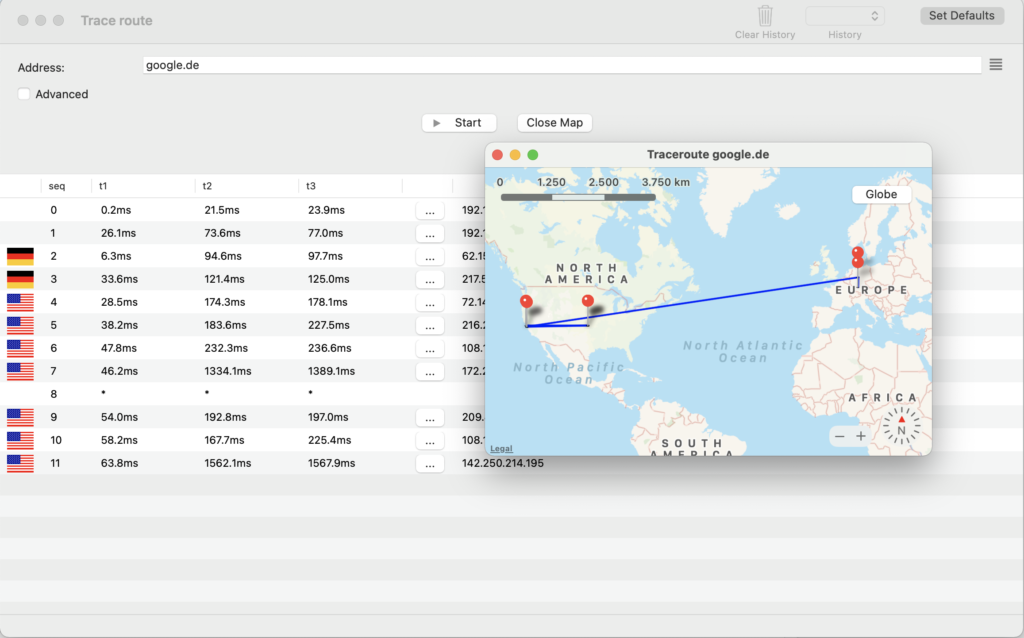 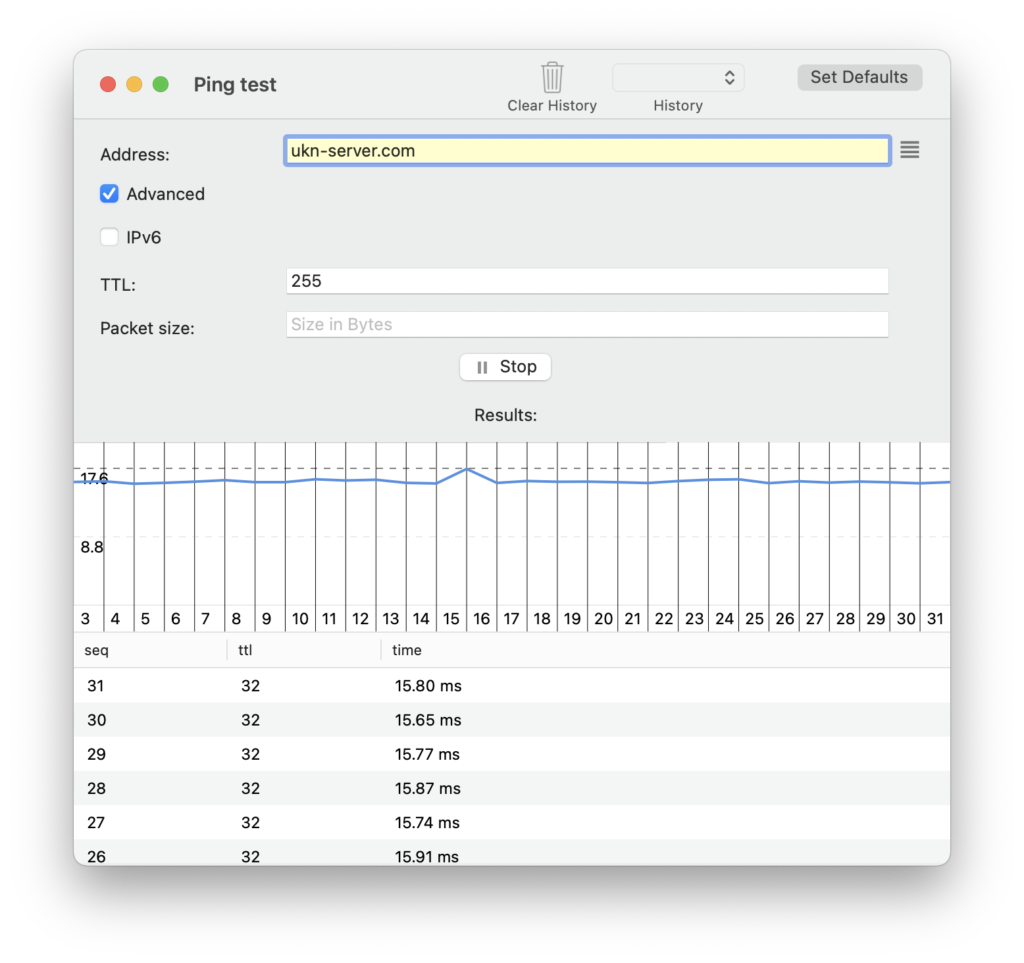 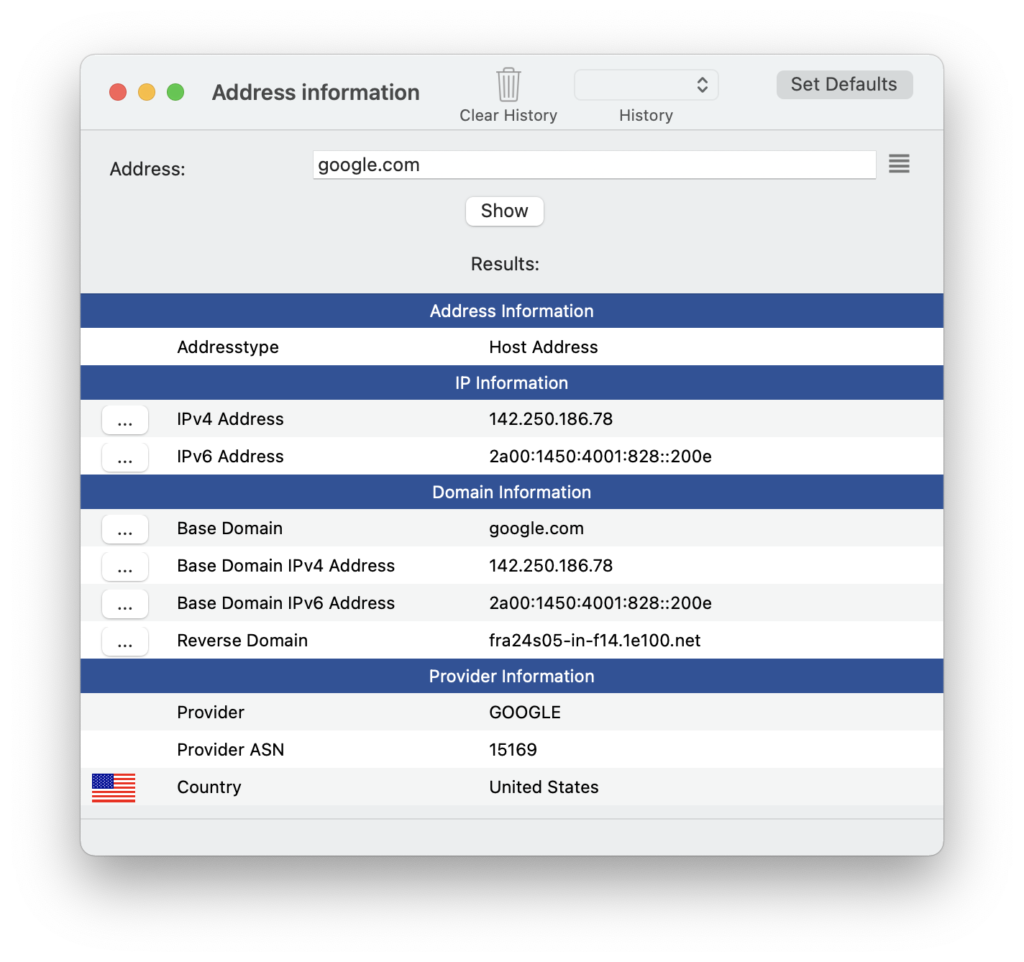 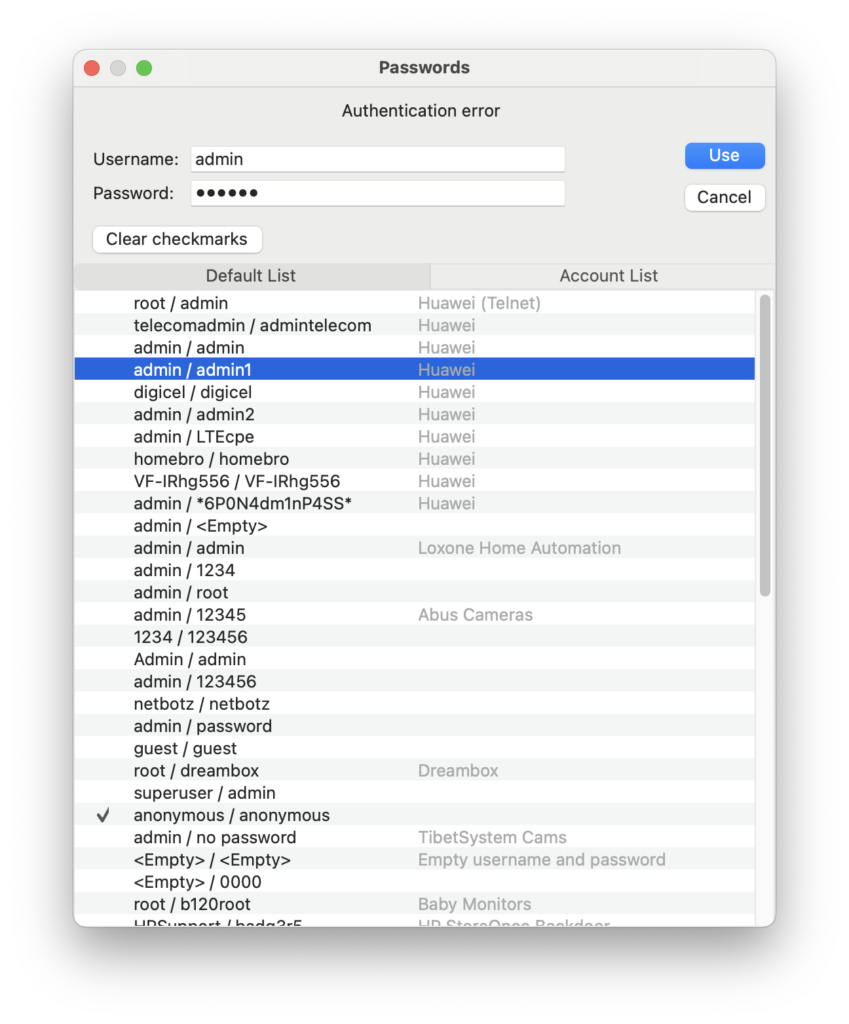 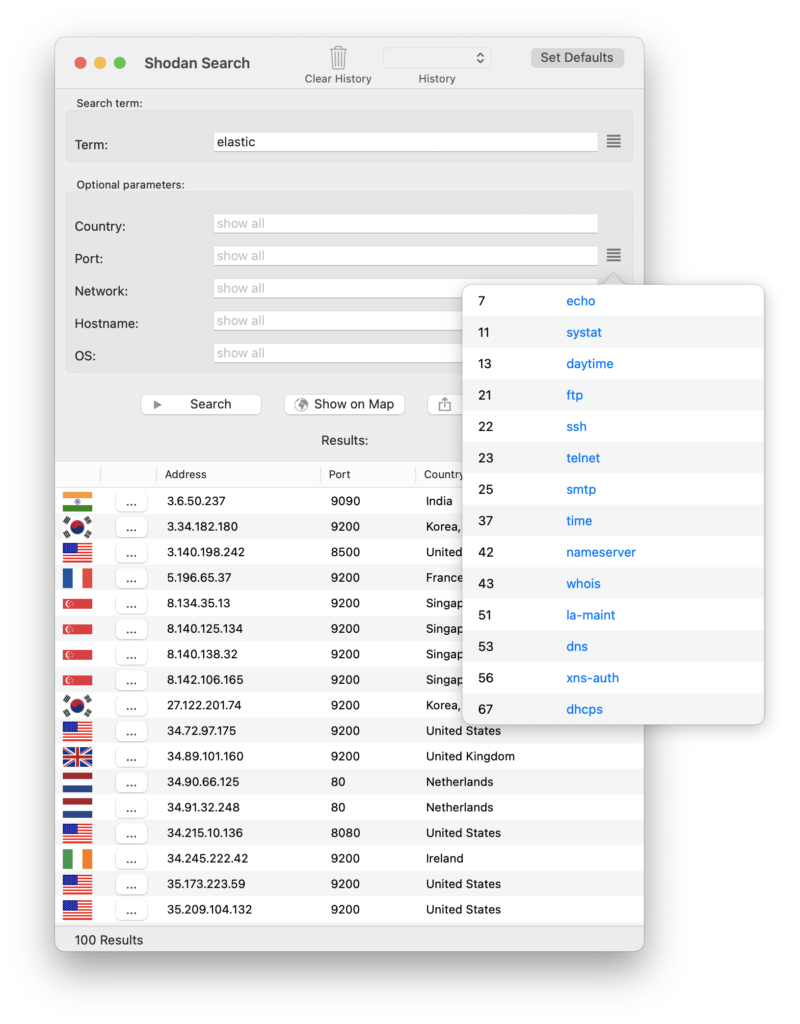 Is it safe to use the App?

The App is a Sandboxed Mac App and running in a protected environment. This was very important to me during development and I am happy that this was achievable without any restrictions of functionality. Every single update is being evaluated by Apple. So the App can’t use any private or unknown functions of the Mac. This means, the App itself can not cause any harm.

However, the included tools can of course be misused. You can do things that might be illegal in certain countries.

It is your responsibility to use this App only on your own network or networks for which you have been given permission to.

Is it secure to use the App for storing Passwords?

You can enter and maintain passwords, private keys and other sensitive information inside the App. This information is already encrypted and only stored on your local device.

However, this security measure can be further improved by adding extra Password protection for accessing sensitive data of the App or for starting the App.

This can also be combined with Touch ID available on MacBooks.

I would also suggest, especially on portable Macs, to use Apple’s FileVault to encrypt the local Harddrive so no data gets compromised even if the device got stolen.

For privacy reasons you can also clear the history and defaults from the Apps preferences screen.

You can find more information in the manual for the App here: http://go-to.me/nettb-mac-manual

What is the difference between Network Toolbox for iOS and for Mac?

Because network function on iOS are very restricted (like not being able to display any MAC Address or have access to WiFi), these restrictions (or only a few) don’t apply to a Mac App.

So the Mac App shows of course MAC Addresses, includes a real WiFi scanner and even a Connections tool which had to be removed from the iOS App since iOS 10 is included.

Furthermore the Mac App takes advantage of the additional possibilities of a desktop computer with a mouse / touch-pad, a real keyboard and much more screen space. Details or content will be displayed in separate windows and you can show of course multiple of such windows so it is much easier to see many things at once or compare results.

For this reason, a complete separate App has been developed instead of just providing a simple Catalyst App which would have just made it possible to run the iOS App on a Mac.

Do I have to pay again if I already bought the iOS App?

Yes, because the Mac App is a completely separate App. Development started about one year ago and the code-base is three times as large as for the iOS App. This was basically because the whole user interface is new and different and also almost all scanning engines had to be re-written because a Mac provides much more and better information and has much more sophisticated and less limited interfaces.

However, if I could, I would offer users of my iOS App a discount but this is not (yet?) possible with Apple. Maybe at some point in the future.

Do I need to have both, the iOS and the Mac App?

This depends on how you want to use the Apps. I am using both of the Apps myself and I am still using both in different situations.

If I am on the road, I don’t have my MacBook with me all the time and when I am in a Hotel or using a foreign WiFi, the first thing I usually do is to check the security of the network – with my iPad.

Also, if I receive Spam Mails or alerts from my firewalls, I usually check the domains with my iOS App because that very convenient while I am reading my mails usually on my iPad.

When I am in my office I am now using the Mac App.

I am using the increased Network inventory tool (the Devices) tool to maintain all my internal and external network devices and components just on the Mac because there I have a real keyboard and larger screen space.

No. Even though some of my other Apps support different languages, I don’t plan to add multiple languages to Network Toolbox.

The effort is extreme high and it is not just a one time effort. With every update I would have additional work for each additional language.

I like to spend the time rather in improving and extending the Apps.

Like the iOS App, this Mac App will also be constantly updated. Maybe both Apps will be updated more often because if there is one thing that would make sense to be implemented for one App, it would likely make sense for the other App too.

As always, all future updates will be available for free. If you have turned on automatic updates on your Mac, you will get these updates automatically. Otherwise you will need to check for updates periodically.

I want to learn more about this App, where can I do that?

The App provides a manual which can be found here:

You can also open the Manual from inside the App from the Help Menu.